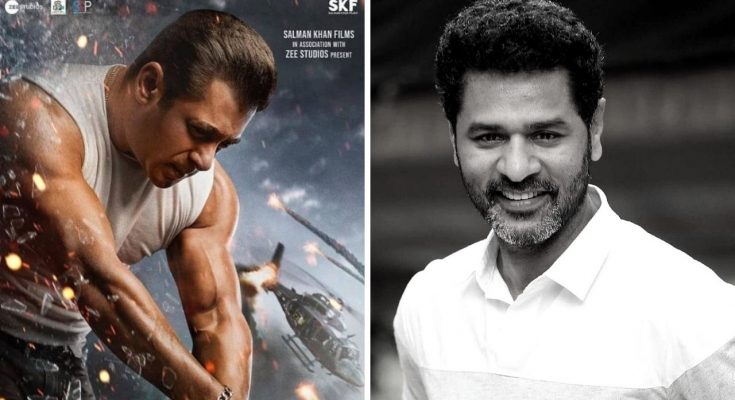 The film was being discussed for a long time. His release date was finalized. The Salman Khan starrer film Radhey is scheduled to release in theaters on 13 May 2021 with Eid al-Fitr. The film is presented by Salman Khan in association with Zee Studios.

The film is an upcoming Indian Hindi-language action film directed by Radhe Prabhu Deva and produced by Salman Khan, Sohail Khan and Atul Agnihotri. The film stars Salman Khan, Disha Patani, Randeep Hooda, Jackie Shroff and Megha Akash. Salman Khan had promised his fans that the film will be released in theaters on Eid, quoting a popular dialogue of his film Wanted and in his tweet, it was written that there was a commitment of Eid, I will come on Eid only, why did I… He also gave the hashtag Radhe on 13 May and 2 months Radhe. On Saturday, Salman Khan announced the film to his fans as he announced the release date of his next film Radhe Your Most Wanted Bhai. Sharing a new poster of the film on his social media, Salman announced That the film will be released on 13 May.

The film will be Salman Khan and Prabhu Deva’s third collaborative film. The two have previously worked together in the 2009 action-thriller Wanted and the 2019 action-comedy Dabangg. Trad analyst Taran Adarsh ​​shared a poster of the film on his Instagram and gave information about the release date of the film and also wrote Salman Khan confirms release date Radhe -Abhinit Salman Khan – will be released on Thursday 13 May 2021, Eid. There will be an extended opening weekend of 4 days.

Radhe – Your Most Wanted Bhai on ZEE5 App : Watch Now