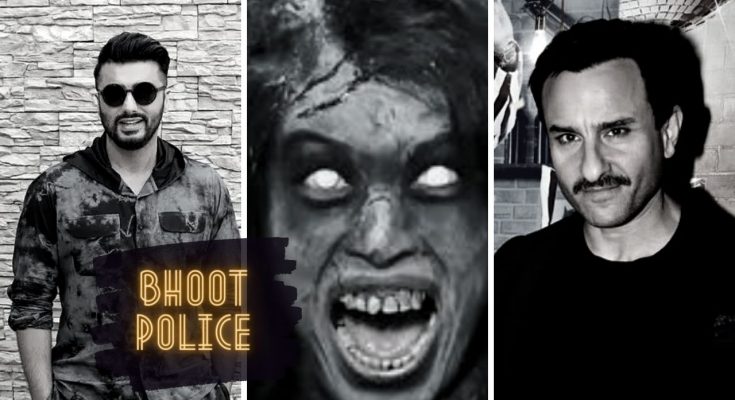 Saif Ali Khan and Arjun Kapoor are going to share big screen together for the first time, Shooting of his upcoming film is going to start soon.

The name of the film is “Bhoot Police”. This is a horror comedy film, In which Saif Ali Khan and Arjun Kapoor will be seen in the lead roles

No more information has been received about the film yet, but he may play the role of a police, And Saif Ali Khan and Arjun Kapoor caught ghost.

Saif Ali Khan has already done Go Goa Gone horror film while Arjun Kapoor is going to do a horror film for the first time!

The story of the film “Bhoot Police” is written by Pavan Kirpalani and Pavan is directing it. Who directed Ragini MMS, Which came in 2011 and Phobia

The shooting of the film “Bhoot Police” can begin at the end of the year, with Ramesh Taurani and Akshai Puri producing it.