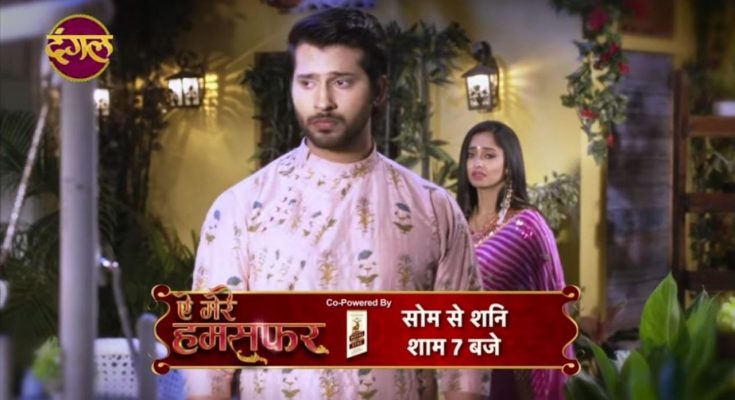 After Ved confesses what he feels for Vidhi, Pratibha Devi insists that Komal Kali has to leave but Komal Kali decides to stay back. Meanwhile, Raghu enters the house drunk and raises his hand to hit Komal Kali and Ved stops him. Raghu tries to tell Ved the truth but Ved asks him to leave. Raghu, all frustrated, complains about Ved’s behavior to Pratibha Devi and she supports her son. He feels insulted and plans to take revenge on the whole family to teach them a lesson.

On the other hand, Komal Kali feels it is the right time to tell Ved the truth and records a message for him that reveals everything. At the same time, Ved records a video of him writing his and Vidhi’s name using masalas as he feels he is ready to get married to her all over again.

Raghu enters the house with his goons and warns Komal Kali saying if she doesn’t come along, he will hurt her family. All worried and thinking it is high time, she goes to the last day of the pooja in her Komal Kali attire and dances on her song in front of the Kothari family.

Ved is shocked and slaps Komal Kali. Komal Kali tells him the truth.

What will happen next?

Will Komal Kali try to win Ved back again?