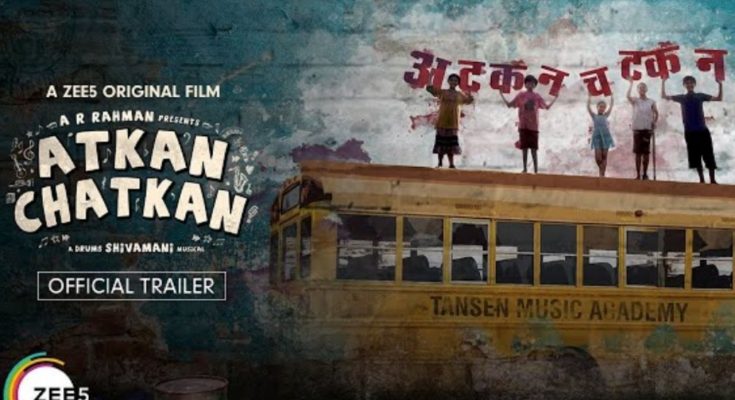 A boy who is very fond of music, He is poor, He does not have an instrument to learn music. But he extracts different music from the items kept at home.

This is the story of the movie Atkan Chatkan, Which is brought by Zee TV and the film is presented by Oscar winner AR Rahman.

The story and direction of the film is done by Shiv Hare, The background of the film’s story is based on music and its music has been given by Sivamani, who is a world-renowned drummer.

Talking about the film’s story, a boy named Guddu, who is very fond of music, makes his friends orchestrate. Amd music competition wins to fulfill their dreams.

Amitabh Bachchan is also associated with the film, he has sung a song in this film Daata Shakti De..Released on Anant Chaturdashi (2020)