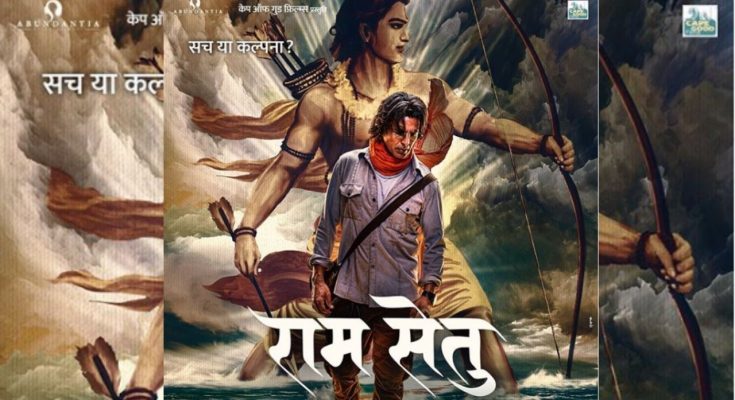 Superstar Akshay Kumar, the busiest actor of Hindi films who has done back-to-back films, gifted his fans on Deepawali. He shared the first look of his upcoming film Ram Setu on social media.

Akshay wishes Deepawali on Instagram and has also shared the first look of Ram Setu movie,

In the poster Ram Setu Akshay Kumar is seen standing in front of the picture of Lord Shri Ram, the saffron color is wrapped in the neck of Akshay.

Sharing the post, Akshay writes, ‘This Diwali, a bridge to keep the ideals of the nation of India and the great memory of Lord Shri Rama safe in the consciousness of India for ages and ages, which will connect the future generations with Rama. In this effort, we also have a small resolution – Ram Setu, wish you all a Happy Diwali ‘.

The film Ram Setu will be produced under the banner of Cap of God, Abhishek Sharma will direct the film, produced by Vikram Malhotra and Aruna Bhatia.