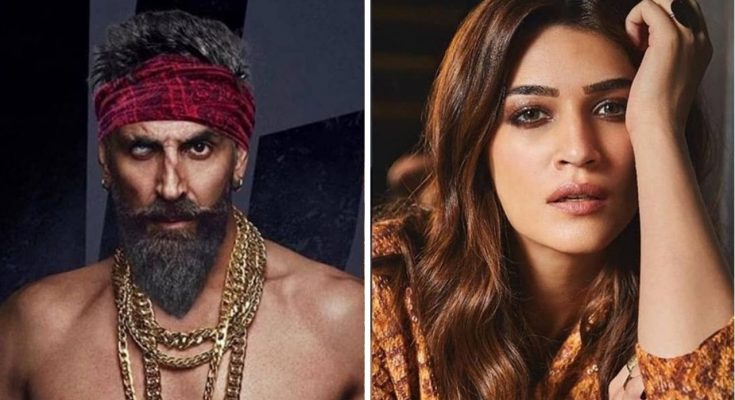 Nov 3, 2020 Akshay Kumar announced the film with a new look by tweeting it via social media. Also, Taran Adarsh ​​has also shared the information of this film by tweeting. Bollywood players Akshay Kumar and kriti sanon will start shooting for their upcoming film Bachchan Pandey in January 2021. Akshay Kumar is one of the busiest actors of Bollywood. Even during the epidemic, actors are shooting their films continuously one after the other. The actor is now set to begin shooting for his next film, Bachchan Pandey. He will begin shooting for the film in Jaisalmer in January 2021 with kriti sanon. The producers will soon sign another actress for an important role in the film.

The film stars Akshay as a gangster, while Kriti is playing the role of a journalist.

Directed by Farhad Samji, Bachchan Pandey is a Hindi remake of the 2014 Tamil film Veeram. The original film had Ajith Kumar and Tamannaah. The film stars Akshay as a gangster, while Kriti is playing the role of a journalist. In this film, everyone will be seen in a new avatar, which will be a very exciting scene. The twist in the story comes when the two characters meet and discover their common passion for cinema. The film will be based on action, drama and comedy.

AKSHAY KUMAR – KRITI SANON… #AkshayKumar and #KritiSanon to kickstart shoot for action-comedy #BachchanPandey in #Jaisalmer in Jan 2021… Shoot will continue till March 2021… One more actress will be signed soon… Directed by #FarhadSamji… Produced by #SajidNadiadwala. pic.twitter.com/R7NO5xogPV

The film was first to be released in January 2021. However, due to the coronovirus epidemic, the film could not be shot and hence its release was postponed. Now the shooting of this film will begin in January 2021 Jaisalmer.

Akshay Kumar, who is currently shooting for his upcoming period drama, Prithviraj, his film Laxmi is releasing on Disney + Hotstar on 13 November. This will be Akshay’s fourth film to be shot amidst a coronovirus epidemic. The shooting of Bachchan Pandey will continue till March 2021, the makers of Bachchan Pandey have decided to complete the film in just two months.

Also, the producer of this film has also formed a special team of doctors from Mumbai to ensure that all Covid security protocols are in place on the set. All will have to undergo a Kovid test. A few days before the shooting, two doctors will fly from Mumbai to Jaisalmer and be stationed at the shooting site. Special medical rooms will be set up in Jaisalmer and each location will be set a day before the shoot.