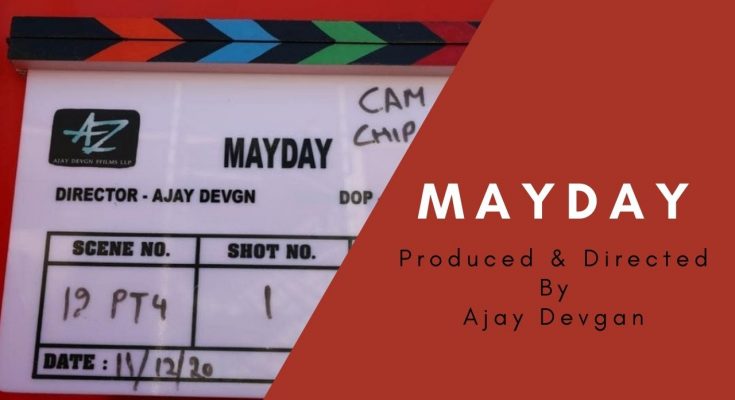 The shooting of Ajay Devgan starrer film Mayday has started in Hyderabad, Ajay himself is directing and producing the film. It will feature Ajay Devgan, Amitabh Bachchan, Rakul Preet Singh and Angira Dhar in the main characters. Ajay Devgn will be seen playing the role of a pilot in the film.

Ajay Devgan will direct and produce the Mayday

Ajay Devgan is also producing, directing and acting in mayday, shooting for the film has started in Hyderabad from December 2020. Ajay Devgan has played the role of a pilot in the film. Amitabh Bachchan will also appear in an important role in the human drama.

On 1 December 2020, Ajay Devgn announced that the shoot titled Mayday has finally started for his upcoming directorial. Ajay will also star Amitabh Bachchan and Rakul Preet Singh in the film.

Mayday has also featured Angira Dhar in an important role. Tweeting about the film’s shooting start, Ajay wrote, Happy to officially start mayday in the start-to-finish shooting schedule. Take blessings from the Almighty and my parents. All my fans, nothing is complete without the support of family And well-wishers will release on 29 April 2022.

Happy to officially begin MayDay🙏 in a start-to-finish shooting schedule. Seek blessings from the Almighty and my parents. Nothing is complete without the support of all my fans, family and well-wishers.
Releases on 29th April 2022.@SrBachchan @Rakulpreet @KumarMangat pic.twitter.com/QNKBjtvOu7